The NBA is one of the 4 major competitions in the US, consisting of 29 United States and 1 Canadian team. It is regarded as the first men’s professional basketball league in the world. NBA players are the world’s best paid athletes by average annual salary per year. The 2017-2018 season will begin on the 17 th of October. Golden State were champions last year, beating Cleveland Cavaliers 4-1. The current league organisation divides thirty teams into two conferences of three divisions with five teams each. The NBA Playoffs begin in late April, with the top eight teams in each conference, look-less of divisional alignment, competing for the Championship. Here are the two conferences.

Boston Celtics are the most successful team in NBA with 17 wins. Los Angeles Lakers are just behind with 16, with the rest miles behind. Chicago Bulls are third winning 6 championships with all of them coming in the 90s. Who are the favourites for the 2018 title? The Golden State Warriors are the team to beat, and everyone in the NBA knows it. That’s just what happens when you add a player like Kevin Durant to a club already consisting of All-Stars like Stephen Curry, Klay Thompson, and Draymond Green. For the third consecutive season, the Cleveland Cavaliers advanced to the NBA Finals. Unfortunately for Cavs fans, unlike the 2015–16 campaign, the squad could not overcome the juggernaut from the Bay Area. They are still favourites to reach the final. Boston Celtic are no doubt favourites with their history of titles.  The San Antonio Spurs are the model of consistency, and it’s difficult to imagine that changing anytime soon. In the 2017 Western Conference Finals, with The Claw, San Antonio was no match for the mighty Golden State Warriors. While the Houston Rockets wasn’t good enough to advance past the conference semi-finals, the offseason acquisition of future Hall of Famer Chris Paul shows that the organisation is ready to make a real push toward the throne. The Rockets will be a “must-see” in 2017–18. That is our top 5 predictions for this season.

Finale of the World Cup Qualifiers

The World Cup Qualifiers group stages finished up this week for the European and CONMEBOL teams. After two exciting rounds 9 European teams have booked their Russia tickets while another 8 will be drawn into the playoffs. 4 of CONMEBOL’s group stages will qualify while the 5th place will be drawn into another playoff.  8 lucky teams have already qualified for next year’s world cup. They can sit back and watch the other countries desperately trying to qualify for the last spots. Russia are hosts, so they already qualified without kicking a ball. Brazil cruised to take the top in their group way back in March. They will be favourites and will be looking for their first world cup victory in 15 years. 4 Asian teams have qualified as their qualification finishes earlier that the other continents. Iran will be making their 6th appearance in the competition. They were winners of their group, as well as Japan in group B, who are the strongest country in Asia. South Korea and Saudi Arabia were the runners up to Iran and Japan, so they have also booked a place each for themselves. Mexico are guaranteed to finish in the top 3 of the CONCACAF group, and that books them a place each. This will be their 17th appearance, which is good going for a team. Their best was reaching the quarter finals in 1970 and 1986. Finally, is Belgium, the only European team to have qualified. It looks like they have the strongest squad to date and this could be a great tournament for them. Their best was a 4th place finish in 1986, they will feel that they can do better than that. 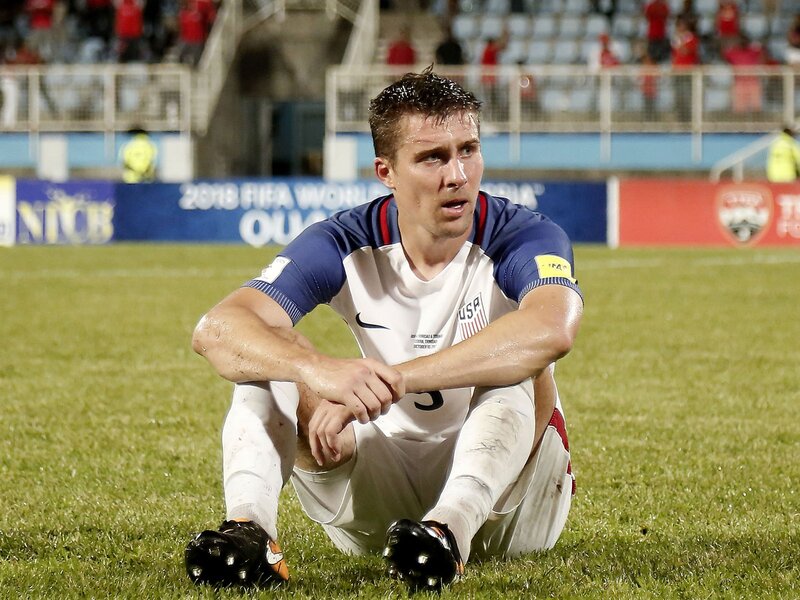 The draw for the second round (play-offs) will be held on 17 October 2017 at the FIFA headquarters in Zürich. The countries that have qualified from the European group stages are Switzerland, Italy, Denmark, Croatia, Sweden, Northern Ireland, Greece and the Republic of Ireland. The 8 teams will face each other in a two-legged playoff. The countries will be seeded according to their FIFA rankings. Countries in pot 1 will be Switzerland, Italy, Denmark and Croatia. These teams can either face, Sweden, Greece, Northern or the Republic of Ireland. The matches will take place in early November. Two other play-offs will take place around the world. Australia will face Honduras in November while New Zealand will face the Peru. A surprise in North and South America as USA and Chile were knocked out. The African nations all each have one more game to play and that will be the end of the World cup qualifiers.

The 2017 Shanghai Rolex Masters is a tennis tournament played on outdoor hard courts. It will be the ninth edition of the Shanghai ATP Masters 1000, classified as an ATP World Tour Masters 1000 event on the 2017 ATP World Tour. It will take place at Qizhong Forest Sports City Arena in Shanghai, China from October 8 to October 15, 2017. Andy Murray will be going in to defend his after crushing Roberto Bautista Agut. However Andy Murray had to withdraw from the competition this year, as well as Novak Djokovic who both would have been big favourites. This will lead gaps open for underdogs, like Sascha Zverez, the German who has won two of the seven MS1000s of the season and reaching the semi-finals in the Beijing 500 only recently. Rafa Nadal is still the king. He will be the favourite to lift the title. He swept everyone in Beijing recently. This would be his first masters title here.

Federer is on the hunt again, coming back from the dead. Resting since the quarter-finals of the US open, he is back to take on the Shanghai Masters. He won the tite once, and will have to work hard to claim it back with tough competitors. The man with the 40 victories and 4 defeats this season will have to reassure us before one dares to bet on him winning the title. We will know more after his entry, scheduled against Schwartzman. Murray (2010, 2011, 2016), Djokovic (2012, 2013, 2015) and Federer (2014) triumphed over the last seven years in China. Rafa Nadal will surely be feeling left out and will be very eager for his first title here. He has a massive chance, full of confidence from Beijing and there is very little stopping him. This will be a very interesting show to watch!